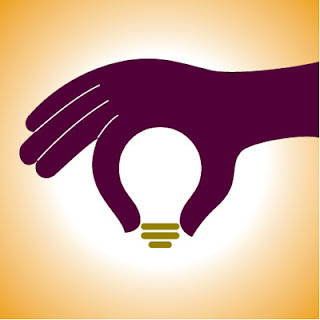 In his State of the Union address on 12 February 2013, US President Barack Obama proposed a new initiative to improve access to high-quality early childhood education. The action is much needed: according to OECD figures from 2010, only 51 per cent of US children were enrolled in pre-primary education at age three, rising to 69 per cent at age four.

Early childhood education is linked to improved prospects for future learning and employment. And, as the new Intergenerational Justice Index (IJI) study from the Bertelsmann Foundation’s Sustainable Governance Indicators (SGI) project shows, it can help to level the playing field in terms of allocating resources fairly between older and younger generations.

As demographic changes lead to ageing populations in many OECD countries, the increased weight of older people in voting systems means they have more power than ever before to direct policy preferences. So, more than ever, it is important that countries take steps to ensure their policies provide future generations with at least the same chances that their parents and grandparents had.

The best performing country, SGI found, was Estonia, while New Zealand achieved a creditable fourth place. The United States ranked bottom of all the 29 countries studied, followed by Japan and Italy. If these countries do not change their current policy directions, their young people will grow up facing burdens of injustice, in terms of public debt, ecological degradation, and social immobility, that will be difficult, if not impossible, to overcome.

Another interesting, albeit potentially controversial, recommendation is the introduction of proxy voting for children. Parents would be given the right to vote on behalf of their children, with a child’s vote equalling one-half of an adult vote. In this way, children would be given a voice in politics, and parents would be rewarded for their societal contribution.

High-quality early childhood education is especially important. Research has found that children who participate in early childhood programmes are more likely to graduate from high school, hold down jobs, and earn more money. They are less likely to find themselves on state welfare or to go to prison.

The experience of high-quality early childhood education particularly benefits children from disadvantaged backgrounds, which means that providing early childhood programmes could work as a corrective social justice measure as well as an intergenerational rebalancing.

In New Zealand, beginning in 2007, three-year-olds were offered two free years of pre-school. Children attend programmes for 20 hours a week, 48 weeks of the year. The government hopes that by 2016, 98 per cent of children will receive early childhood education.

But despite this excellent record, there are concerns about the programme’s future. Education unions complain that funding cuts are affecting the quality of early childhood education. Recently, the word ‘free’ was removed from the government strategy; now, almost half of early childhood education providers, hit by increasing costs and lower subsidies, are asking for extra fees from parents. Shifting costs onto parents could limit the availability of high-quality education for disadvantaged families.

Prospects for the US Seem Bleak

The US government says that in the United States, only 3 in 10 four-year-olds have access to high-quality early childhood education programmes. Socio-economically disadvantaged children are least likely to be in early childhood education programmes: just 59 per cent of the poorest US children are in pre-kindergarten, as compared to 90 per cent of children from wealthier homes. The president’s programme is to implement free access to high-quality pre-school for all four-year-olds from families at or below 200 per cent of the poverty line.

To receive federal funding, states would have to meet strict requirements. All teachers must have a bachelor’s degree and be given access to on-going professional development. Teachers’ salaries should be comparable to those for teachers in higher levels of the education system. Class sizes should remain small and activities should cover the entire school day. Curricula should measure up to state standards and programmes must be continuously evaluated. As it stands, few states would be able to meet these strict standards and qualify for federal money.

However, it is unclear how the US programme would be financed. The president’s 2014 budget proposal includes a plan to pay for universal preschool by increasing taxes on cigarettes, which could have positive public health outcomes as well as providing a revenue stream for the programme. But even if the tax succeeded in getting past the vested interests that would oppose it, such “sin taxes” have diminishing returns over time, raising questions about future funding.

Any new federal funding is supposed to be matched by state funding. But because of budget constraints, many states have already cut funding for their existing early childhood education programmes, casting doubt on their willingness to provide more dollars for a new federal initiative.

And the larger, on-going struggle between those who wish to cut government spending in the name of austerity and those who favour Keynesian expansion seems to be resolving itself in favour of the budget-cutters.

So, even in the face of the overwhelming evidence that early childhood education has economic benefits that go beyond the moral claims of social and intergenerational justice, the future of the US initiative is uncertain. Absent new will to act from both sides of the US political divide, the prospects for the United States improving its dismal rating on intergenerational justice seem bleak.

View all posts by OECD Education and Skills Today